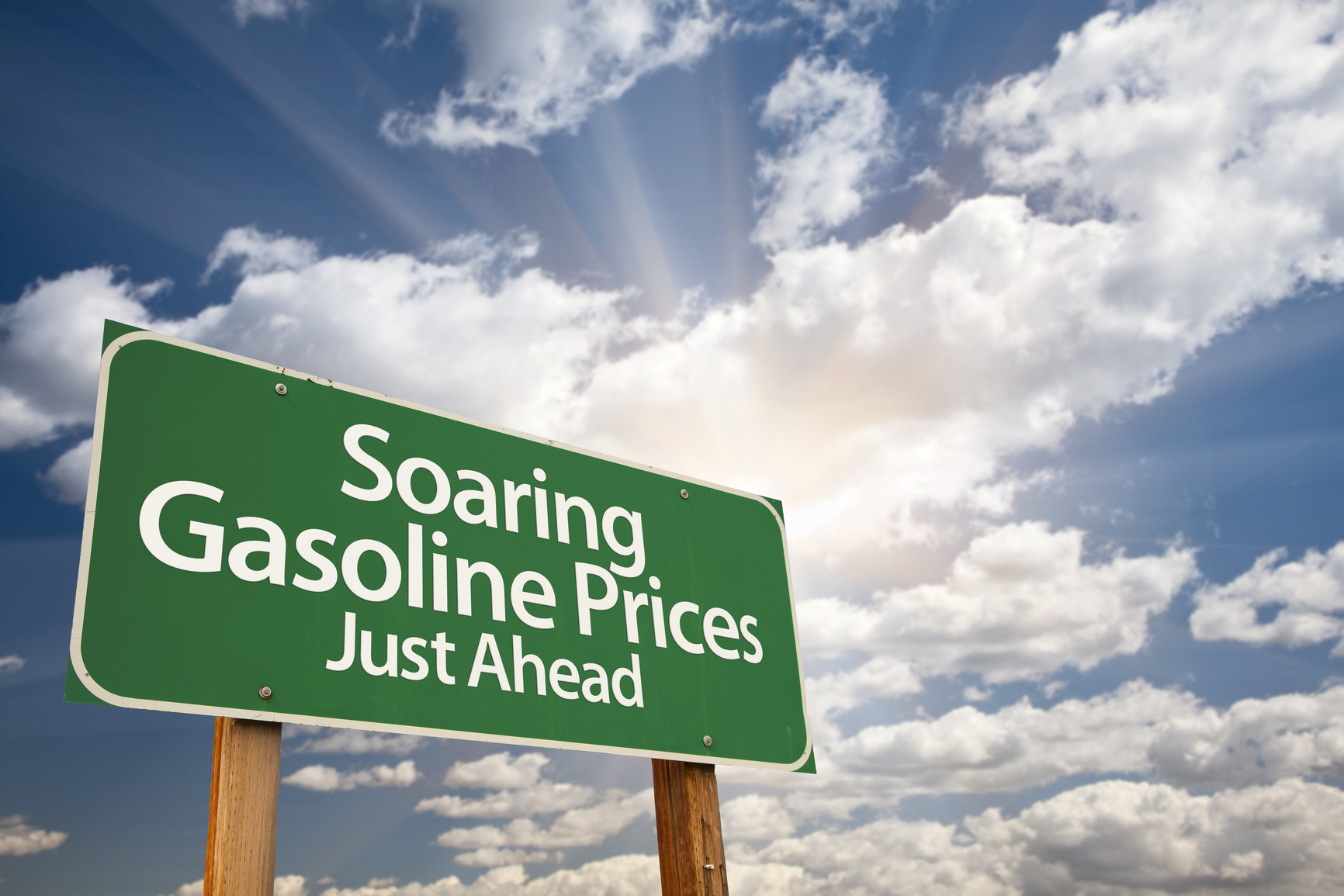 In America and abroad we are being hit hard by rising fuel prices. Not only are these fuel prices painful for individual consumers driving to school or work, but they are affecting many other areas of the economy, such as shipping costs, which are driving up other costs such as food, in a vicious cycle. These rising costs are ultimately passed on to consumers, leading to higher overall prices and increasingly difficult economic times. As any American consumer knows, when prices go up, it is rare that they come back down (unless you are JC Penny with Ellen DeGenerous as your spokesperson – see funny commercial). 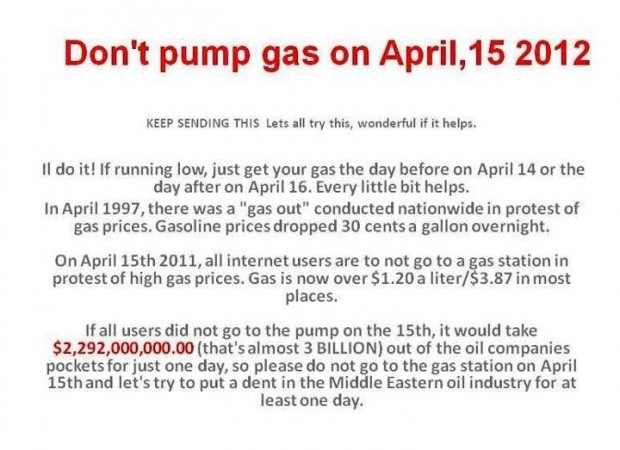 A call to action for consumers not to buy gas on April 15, 2012 with the goal of decreasing fuel price.

As long as I can remember consumers have been complaining about the rising price of gasoline. In fact, every year since 1999, there has been an annual movement to have “gas out” fuel boycott, during which everyone is encouraged to refrain from buying gas. Consumers advocating this boycott assert that boycotting will hurt the oil industry financially and coerce them into lowering fuel prices. The most recent call for one of these “gas outs” is planned for April 15, 2012. However, this raises an interesting question: does not buying gas for one day, without decreasing overall consumption of oil, hurt the oil industry? Is this an effective method of protest? See what Snopes has to say about it.

Before answering this question, let us consider some facts.

A graph illustrating that a one day "gas out" boycott of gas will have no effect on the net demand (or revenue) from fuel purchases.

And now on to the big question: will a one day “gas out” boycott have any effect on the price oil? I do not believe that it will. Holding a one day “gas out” without decreasing consumption (demand) of fuel will have no effect on price. Let us consider that the “gas out” was to accomplish a 50% decline in fuel purchased on April 15 (see the valley in the handy graph I have created). Now let us consider that consumers purchase 25% MORE fuel on April 14 (see first peak on graph) and 25% MORE fuel on April 16 (see second peak on graph). The net effect is that there is no change in the consumption (demand) of fuel (see the read line on graph).

A boycott of one brand of gas could actually increase prices, since there would be fewer gas outlets. Those companies that were boycotted would simply sell their gas to those that weren’t boycotted, defeating the purpose.

To explain my opinion, let us consider some basic laws of economic:

Of course these laws of economics do not factor in oil futures traders or commodities speculators. In other words, the price of oil in the United States is artificially controlled by speculators, not by the government, not by the governments in the Middle East and not in a market where there is more demand than supply. If our government was to regulate the commodities exchange market, oil should theoretically decline.

"Fracking" Protest in Fort Worth, Texas

The only real way to lower gas prices is to lower demand for gas and oil over a long period of time. This would work, since the U.S. consumes 25% of the world’s oil. This has increased over the last 20 years, from 15 million barrels per day (bpd) to 20.7 million bpd. A concerted effort might convince commodities traders that oil was a bad investment, thus allowing oil prices to return to pre-bubble levels.

What can be done about it that will actually make a difference?