Which Android Tablet? The Amazon Kindle Fire HD or the Google Nexus 7? 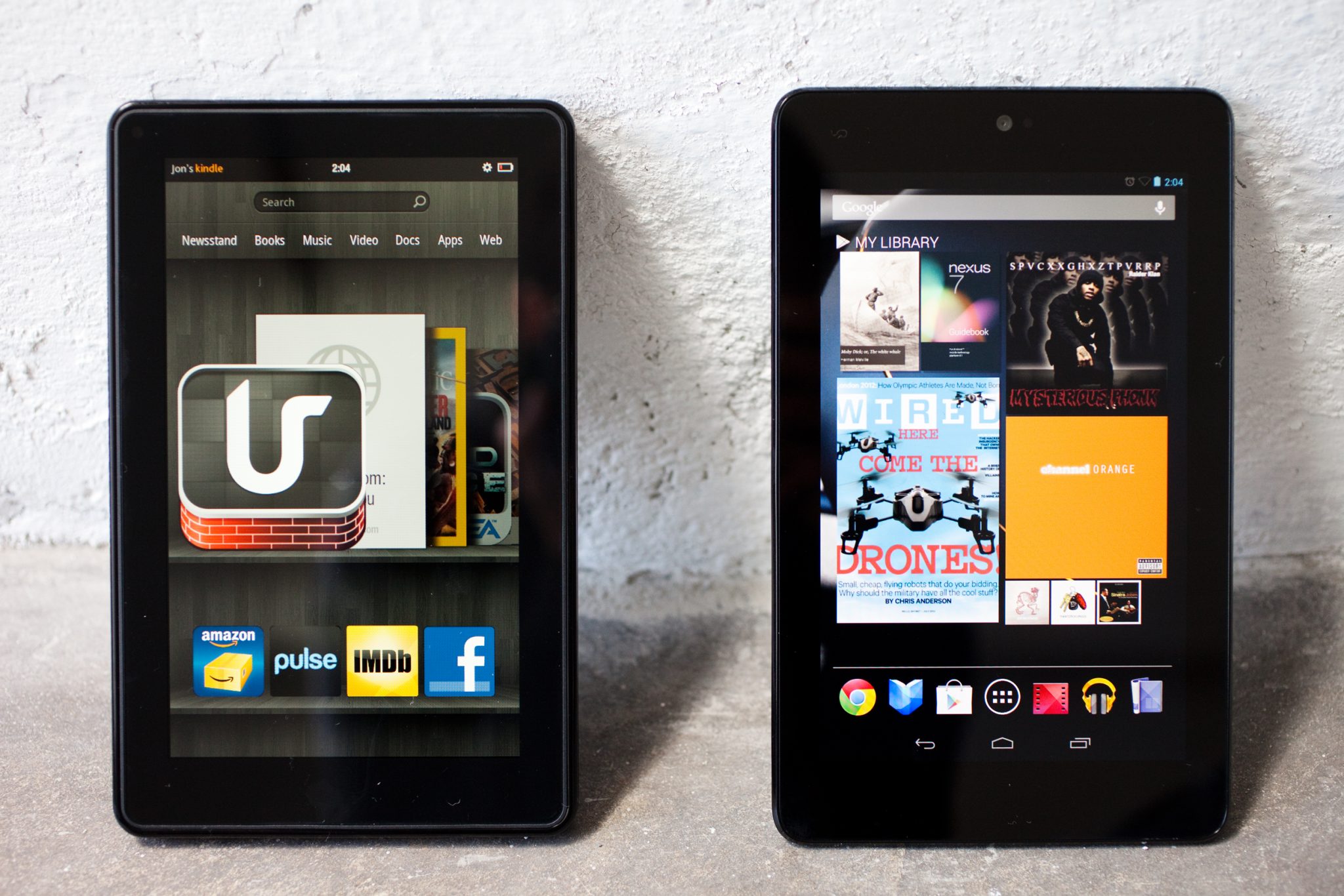 Despite being a marketer, I am actually pretty anti-consumption. However, this Christmas I decided to finally jump on the tablet craze. Since I am not happy with the things Apple is doing these days and I am an Android phone user, I opted for an Android tablet rather than an iPad.

First I went with a Kindle Fire HD because I love my Kindle eReader and I’m a huge fan of Amazon. However, I was not impressed with the Kindle and returned it.

I understand the Amazon sells the device at a loss and makes it up on content purchases, but I don’t want to spend $400 (between device, warranty, case and screen protector) to be limited by Amazon. Not cool. I understand trying to create an idiot proof and unified user experience, but many users want flexibility and customizability. That’s why we buy Android rather than Apple.

On the plus side, the Dolby Digital sound is really good. And the screen quality is good.

After I returned my Kindle to Amazon, I went to Google and bought the Nexus 7 tablet. It arrived in 2 days and was ready to go out of the box with stock Android. It automatically downloaded all of my Apps from the Google Play store and came with free media content.

Since it uses stock Android, all of the apps I know and love were available. It is also thinner, much faster (quad core processor) and has an LTE (4G) Antenna.

Overall it is at least twice the bang for your buck at about half the price of the Kindle Fire HD.

The moral of the story: if you just want to buy digital content from Amazon, get the Kindle Fire. If you want a tablet that does what you need it to do, when you want it to do it, with flexibility and the ability to customize, buy the Nexus 7 from Google.